Michael followed the in the footsteps of his forbearers, embracing a career in rail that has spanned 4 decades.

Michael Riley’s grandfather spent most of his career as a train driver predominantly shovelling coal to power steam locomotives.

During World War Two his father followed suit, signing on to become a train driver in Brisbane. Only he would work on both steam and diesel locomotives. “The way dad would break down the milestones in his career, was that one day he was shovelling coal and the next he wasn’t.” In 1957 his father transferred to Grafton, where Michael was born. 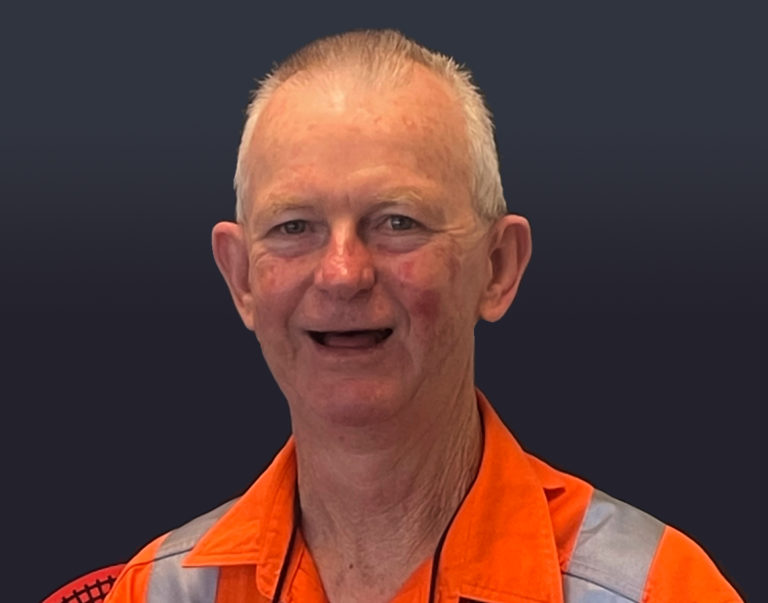 Michael later followed his father and grandfather into the rail industry, beginning his journey in 1981 at Eveleigh depot in Sydney. His first role was a trainee engine man, before he eventually went on to qualify as a locomotive driver on passenger trains.

This year he marks 41 years in rail, and more than two decades of those, he has spent at Pacific National. He joined PN twenty-seven years ago, transitioning from his role as an intercity driver with CityRail to driving locomotives and hauling freight. He has also held the position of locomotive driver trainer. Now as a terminal planner, he provides support to operations and assists with contractor management. With a team of 250 contractors authorised to work onsite, Michael also oversees contractor/visitor inductions, accounts payable and health management. “At the end of the day it’s all about keeping our guys healthy at work and healthy at home.”

On what has changed the most during his tenure, Michael says there has been a huge shift in the way safety is approached. He can remember the days when workers would alight from moving locomotives or wagons, wear short sleeve shirts and shorts as a uniform and were not aware of the importance of sun protection. There were no radio communications either, signals were all given by hand or hand lamp at night. “What we try to do at Pacific National is elevate the responsibility the individual has towards safety, because at the end of the day, safety is not going away. It is paramount. In such a heavy industry, safety is number one and we have to keep it simple and safe.”

Technology has come a long way too. In particular the working environment of the locomotive has been modernised to include fuel saving technology, fridges and air conditioning, while braking systems have transitioned from Westinghouse to ECP technology train braking. “The stopping distance…ECP you can feel it slow down, whereas Westinghouse train braking inertia forces requires additional application time and more distance.”

Asked which of PN’s values resonates with him most, Michael says in his experience it pays to always be inquisitive. “I need to listen, and I think I need to ask more questions, even now as an individual because there are always people in our business who know things that you don’t know.”